The myriads of protein post-translational modifications (PTMs) are major factors causing an exponential increase of complexity in the human proteome. Despite that the PTMs play key functional roles in cellular processes, the kinds of modifications, sites occupied, dynamics and interplay are far from understood. Glycosylation is one of the most abundant posttranslational modifications and is involved in many key biological events. My research is focused on the development of chemistry-based tools for chemical biology studies of the human glycoproteome. Additionally we aim to contribute to the development of therapeutic and diagnostic applications specifically centered on glycosylation events in cancer and infection biology. In this Beilstein Talk I will present our most recent research work on the development of new glycoproteomic detection tools to study new tyrosine O-glycosylation PTMs and mucin type O-glycosylation. The synthesis and application of glycopeptide libraries to study the roles of fucose and sialic acid modifications in protein binding events will further be presented. 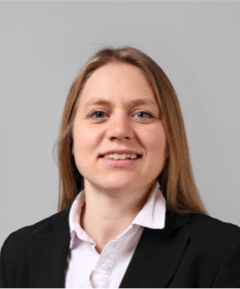 Ulrika Westerlind received a BSc in Chemistry at Uppsala University in 2001. She then continued with doctoral studies under the supervision of Prof. Thomas Norberg and graduated in 2005 with a PhD in Chemistry at the Department of Chemistry, Swedish University of Agricultural Sciences (SLU), Uppsala. During 2005-2006 she worked in Uppsala at the Isosep AB contract synthesis division. Westerlind then moved to Johannes Gutenberg University of Mainz and continued her research work as a Humboldt Postdoctoral Fellow with Prof. Horst Kunz (2006-2007). This work was followed by a second postdoctoral research stay with Prof. Herbert Waldmann at the Max-Planck Institute of Molecular Physiology in Dortmund (2008-2009). Westerlind then received a Liebig Fellowship from Fonds der Chemischen Industrie, which enabled the start of an independent research career at the Leibniz Institute of Analytical Sciences (ISAS, 2009-2012). She then continued as a research group leader at ISAS until 2018. At the end of 2017 Westerlind moved back to Sweden and since then held a position as associate professor at the Department of Chemistry, Umeå University. Westerlind has a strong research interest in carbohydrate chemistry, chemical glycobiology and bioorganic chemistry. In 2021 Westerlind joined the Editorial Board of the Beilstein Journal of Organic Chemistry as an associate editor.