The growth in glycobiological data from high throughtput technologies and the need to mine this data, has led to the increased efforts to catalogue protein glycosylation as well as glycan-binding events. This drives the expansion of glycoinformatics that is needed to corroborate and analyse those events that are often reported separately.

To address this need, Glyco@Expasy is a web portal hosting resources that, when combined, suggest a view of glycans as mediators of protein-protein interactions. The first step in building this picture, entails considering glycan structures as a focal point of chemistry, biochemistry and structural biology. This approach will be illustrated with questions and examples arising from the analysis of publicly available data. 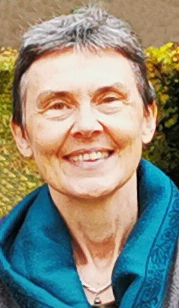 received a PhD in Computer Science (Artificial Intelligence) from the University Pierre & Marie Curie, Paris, France in 1984. From then on she has held research positions in bioinformatics in France, Japan and Australia working on knowledge representation and sequence analysis in various fields of biology. She has been involved in proteomics projects since 1999 through work with companies Proteome Systems Ltd in Sydney, Australia as a visiting researcher and Geneva Bioinformatics (GeneBio) S.A where she acted as CSO until 2005. She then joined the Swiss Institute of Bioinformatics (SIB) in the Proteome Informatics Group that she manages since 2008 and where she initiated several projects on the study of posttranslational modifications, especially glycosylation. In recent years, her group teamed up with an international network of dedicated glycoscientists and has gathered momentum to deliver a range of databases and software that is increasingly used in the community.